Your Eurail Pass is your ticket to everything Danish. Whether you’re into vibrant cities, lovely beaches, lush forests or beautiful countryside, you’ll find everything you’re looking for when you travel by train in Denmark. And your Eurail pass will take you there, quickly and efficiently.

Hourly services of modern InterCity trains connect København (Copenhagen) and Zealand with the main towns. Furthermore a train leaves for Odense on the island Funen every half hour. The InterCityLyn trains reach Aarhus from København within 3 hours and Odense is only a 1 hour and 15 min's train journey away from København. InterCityLyn is a fast train with fewer stops.

With a Eurail Pass you can also travel with the private railway company Nordjyske Jernbaner on the following routes:

Visit the Nordjyske Jernbaner website to check the timetable ('rejseplan' in Danish).

Eurail passes are also valid on the S-tog or S-train, the suburban rail network of Copenhagen operated by DSB. It connects the city center with the inner suburbs of Copenhagen. The S-tog trains run partly underground. See Wikipedia for an overview of the rail network.

A tunnel / bridge link connects Copenhagen with Malmö in Sweden. Every 20 minutes a train service operates between Helsingør (Elsinore), Copenhagen and Malmö, and on the Swedish side of the Öresund, trains will go to Helsingborg and Kristianstad. As for connections to Gothenburg and Stockholm, there are direct trains from Copenhagen to Gothenburg. For Stockholm you have to change in Malmö.

From Copenhagen and Aarhus there are direct trains to Hamburg (Germany). Both go multiple times per day and it takes between 4,5 and 5 hours. Reservations are only needed when you're traveling in:

Traveling by night train one can use the return service from Denmark to Germany to the following stations:

A Eurail pass is valid on all domestic trains within Denmark. Seat reservation is not necessary, though advance reservation is recommended on the InterCity / InterCity Lyn trains if you want to be sure of a seat.

For night trains, a reservation is also compulsory. Prices depend on the type of sleeping accomodation.

Copenhagen Kastrup airport has a train station situated at terminal 3. There are connections to København H (main train station of Copenhagen), Malmö (Sweden) and many other destinations.

For questions about Eurail, you can go to the international ticket desk at Central Station København (Copenhagen). It is open daily from 09:30am to 06:00pm. See more Eurail aid offices in Europe.

Spelling of cities in Denmark

On Danish train timetables and at train stations in Denmark, you'll usually find the local spelling of Danish cities and stations.

Here is the local spelling of some popular Danish cities:

With a Eurail pass valid in Denmark you get free travel (pay only for the reservation) on the following bus route:

See all pass benefits for Denmark

Use your whole vacation to travel throughout Denmark by rail.

Be free to explore Denmark and up to 32 other Eurail countries.

Travel by train throughout Finland, Denmark, Sweden, and Norway.

Places to visit in Denmark 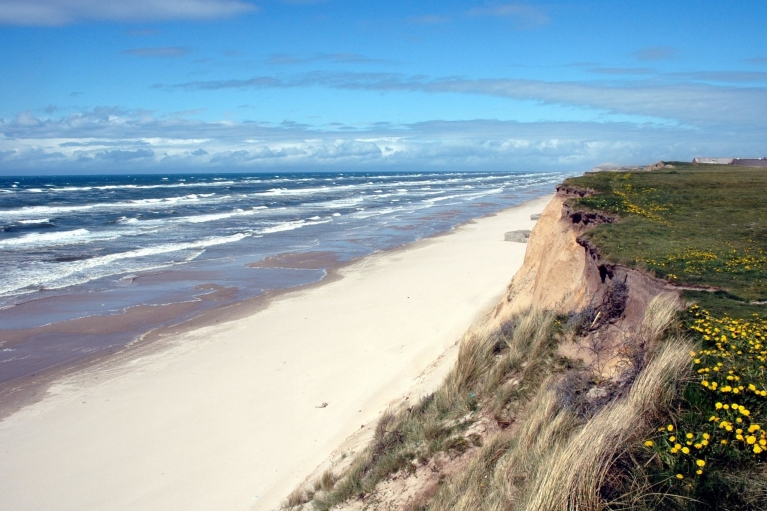 A step between two worlds

The main ‘peninsula’ connecting Denmark to Germany offers a wide variety of sights and styles. The northernmost tip (Grenen) allows you to – literally – put one foot in the North Sea, and the other foot in the Kattegat. Don’t miss Lønstrup Cliffs (Lønstrup Klint), and the fabulous shifting sand dunes of Råbjerg Mile. The capital of Jutland, Aarhus (Arhus) and the lively city of Alborg provides a taste of the modern life, while fabulous white sand beaches dot the western coast. 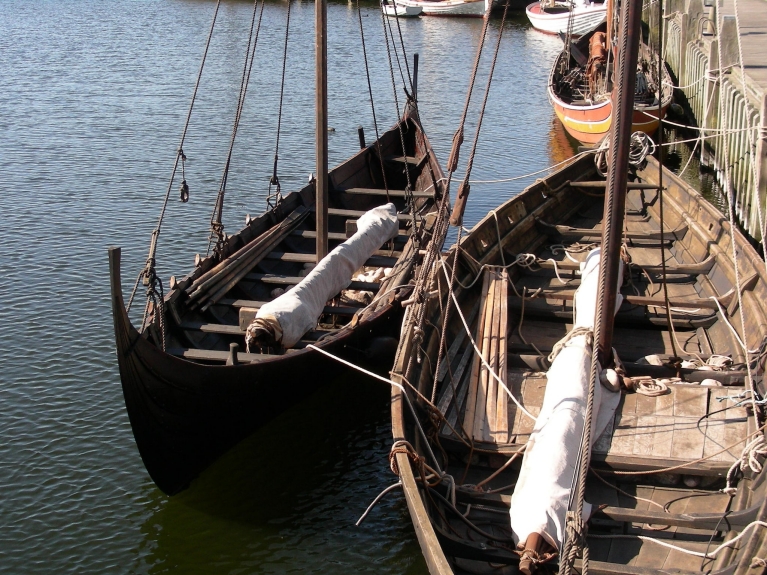 A walk through time

Built around 700 A.D., Ribe’s ancient architecture, old-world charm, and well-maintained cobblestone streets give the town a unique feel. The town is a living museum – complete with its own Night Watchman, who strolls the town as evening falls. The Ribe Cathedral and St. Catharinæ Church & Abbey should certainly be on your list. But there is also plenty of art and history on display in Ribe’s many museums, like the fabulous Viking Museum.

From the Ribe station, the Viking Museum is less than a 1-minute walk. 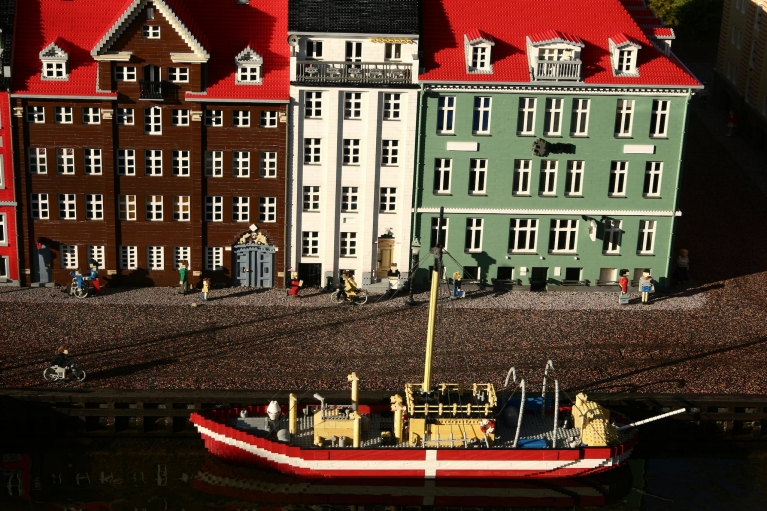 Use your Eurail Denmark Pass to make your way to Billund, and discover Legoland: a theme park built with the famous, colorful interlocking plastic toy bricks. The adventure begins in Miniland, in the heart of the park, where you can see a mini Lego version of the world, including many famous landmarks, built from 20 million of the little bricks. There’s also a 4D Cinema, rides and games, and more.

Legoland is in Billund, about 30 minutes southeast of Grindsted, in central Jutland. From Copenhagen, Billund is about 3 hours by train. 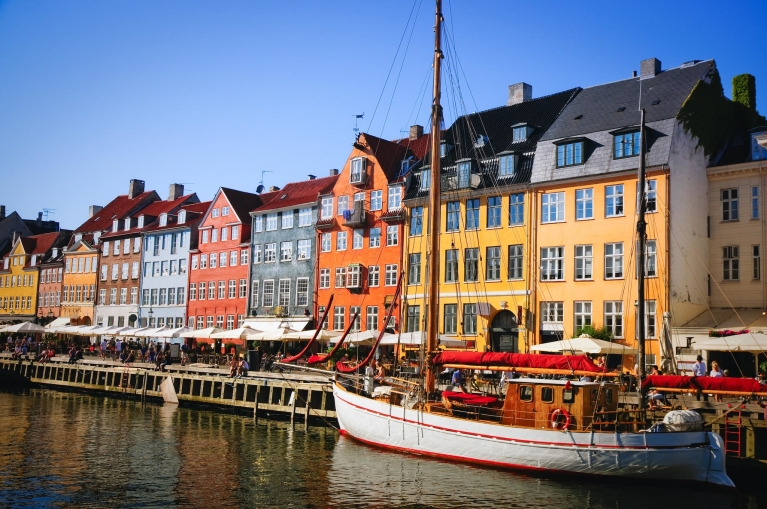 Copenhagen (København) is one of Europe's oldest capitals and features dozens of museums and shops, charming canals, colorful row houses, lush parks and tranquil lakes. Its nearly two million inhabitants have created a melting pot of culture that makes this city unlike any other in the world. Don’t miss the exciting Tivoli Gardens amusement park, and be sure to stroll the Strøget, the longest pedestrian street in Europe. 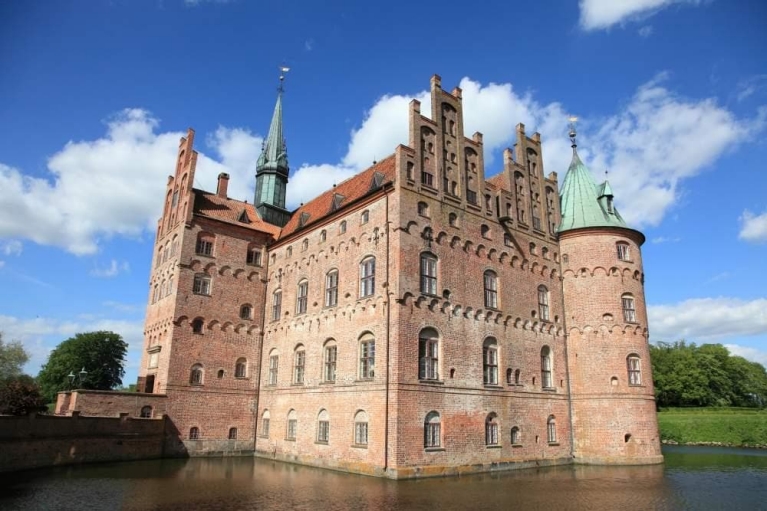 The isle of imagination

The quaint island of Funen (Fyn) is the birthplace of storyteller Hans Christian Anderson. After walking in his footsteps and learning about the life and works of the world’s most beloved author, take time to explore the island. Among the renaissance architecture (such as the remarkable Egeskov Castle), more than 120 castles and manor houses and unique museums, you’ll find a heart rich with tradition and honor.

To reach Egeskov Castle, take the train to station Kværndrup st, and then take the bus directly to the castle grounds. The bus ride is only about 10 minutes. 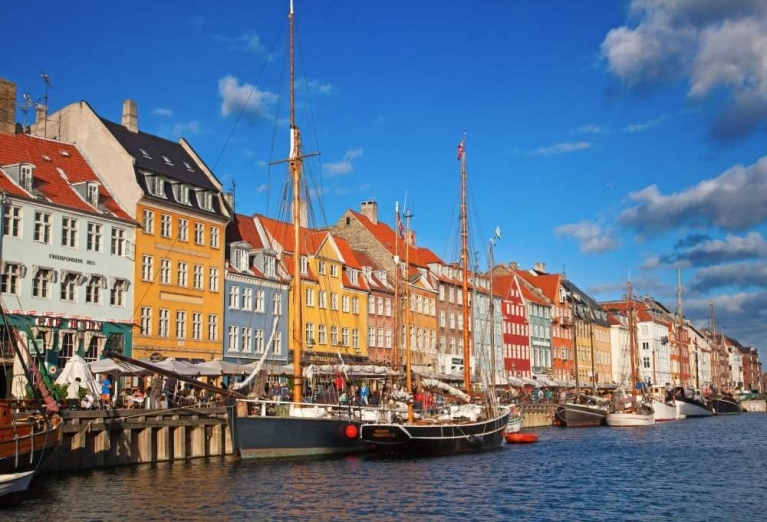 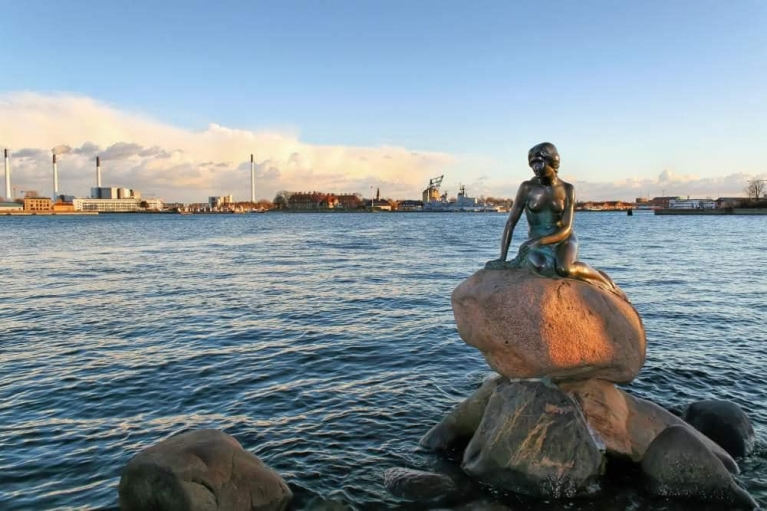 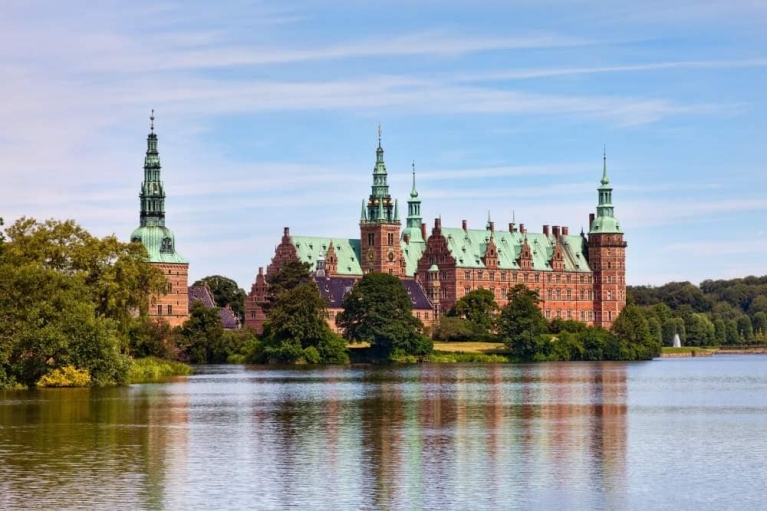 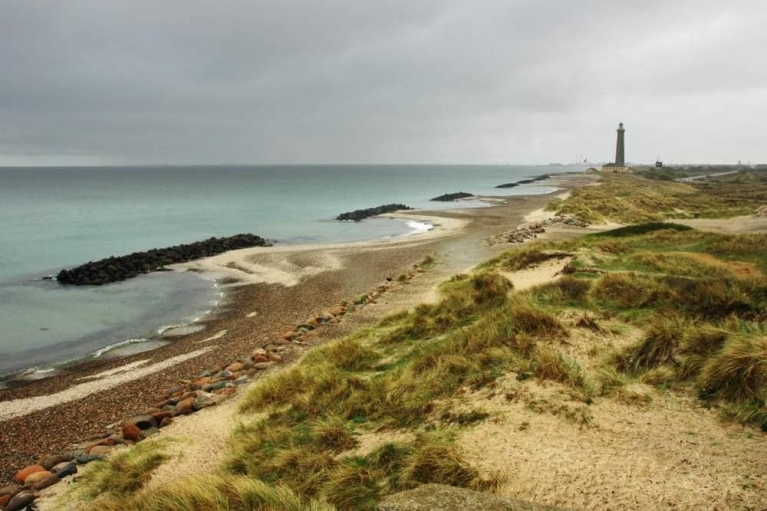